14/06/2019 |Harley Davidson Street 750
A Harley-Davidson dealership in Delhi is now offering a massive discount of Rs 1 lakh. This discount is being offered to clear the inventory levels.

Harley-Davidson Street 750 is the most affordable bike in the company's portfolio which, specially made for Indian road conditions. The American bike company has joined the race of granting discounts like TVS motors and BMW Motorrad. Harley-Davidson is offering a massive discount of Rs 1 lakh on Street 750 in New Delhi. The dealership in Delhi, Capital Harley Davidson has reduced the prices of Street 750. For now, the offer is only limited to the Capital Harley Davidson but, it would be surprising to see more dealerships around India offering same discount schemes. After the discount, Harley-Davidson Street 750 now carries a price tag of Rs 4.33 lakhs, (ex-showroom Delhi).

For now, The offer is only limited to the Capital Harley Davidson but, it would be surprising to see more dealerships around India offering same discount schemes.

The Delhi based High-end bike dealers are stuck with unsold inventory. In order to clear inventory levels, Triumph dealers in Delhi offer massive discounts on a range of motorcycles. Triumph motorcycles like Street Triple, Street Twin and Bonneville and Scambler were offered with a discount of up to 55% on the ex-showroom, price. The slowing economy is lowering the sales of high-end motorcycles, so this is the perfect time to pamper yourself a superbike. Harley-Davidson Street 750 is an entry-level cruise bike which is manufactured at Harley facility in Bawal, Haryana. Local production simply means lower manufacturing cost and higher profits. And this is also the reason why such huge discounts are being offered on this motorcycle. What you get at Rs 4.33 lakh price is a 750cc, V-Twin engined bike that features fuel-injection, ABS, liquid cooling, throaty sound note and Harley-Davidson badge which is quite respected around the world.

Harley-Davidson Street 750 is an entry-level cruise bike which is manufactured at Harley facility in Bawal, Haryana.

The motorcycle derives power from a 750cc, V-Twin unit which churns out respective power and torque outputs of 47 Bhp and 59 Nm. The engine comes adjoined to a 5-speed gearbox. The Harley-Davidson Street 750 tips the scales at 223 kgs. Street 750 also has a more aggressive sibling, the Street Rod 750. The Street Rod 750 has a much powerful engine which develops 75 Bhp of power. The motorcycle demands Rs 1 lakh premium over the regular Street 750. 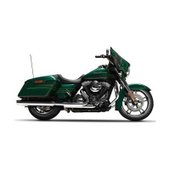 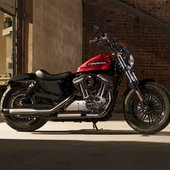 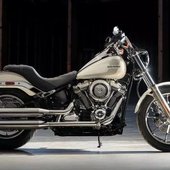 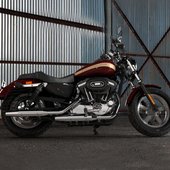 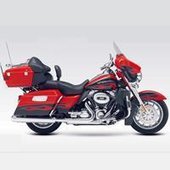 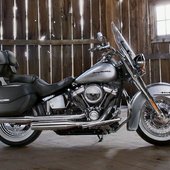